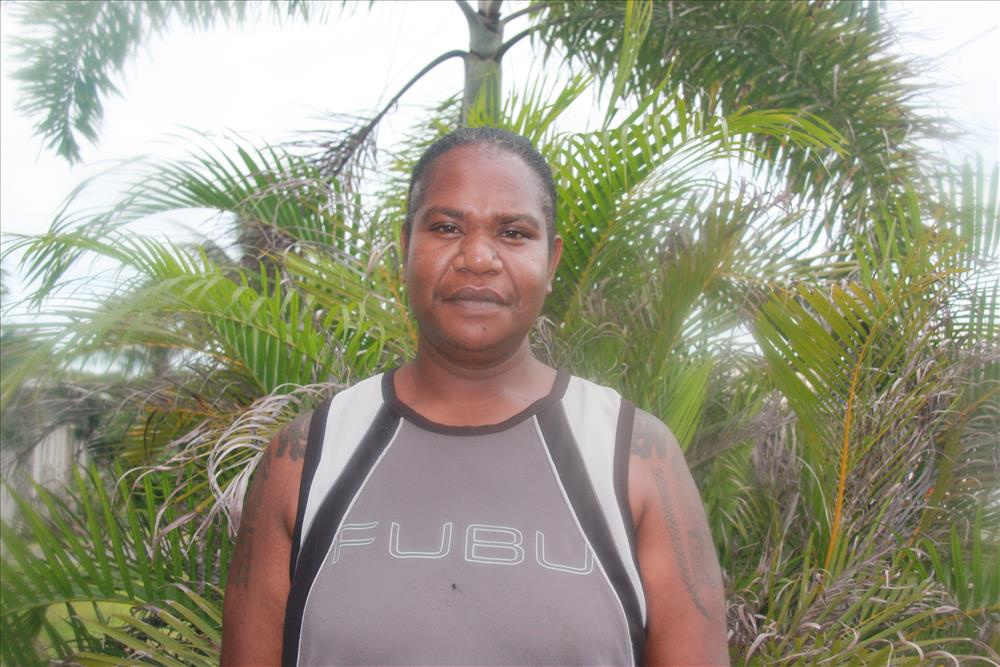 Paula comes from the Serganilgal clan from the village of Dabu on Moa Island, and the Kaurareg Nation of Muralag and Kiriri.

Paula had a natural creative ability from a very young age and during high school studied visual and commercial arts. In 2017 she became a member of Ngalmun Lagau Minaral (Moa Arts) and devoted herself full time to printmaking, weaving, dyeing, drawing and carving. Her works are strongly influenced by traditional practices, and come from that part of customary life that is both learned and lived.

‘I am interested in everything. Weaving, lino printing, tie-dying, drawing, carving, and jewellery making. But my works are all based on my heritage, the cultural laws and customs we still practice today.’